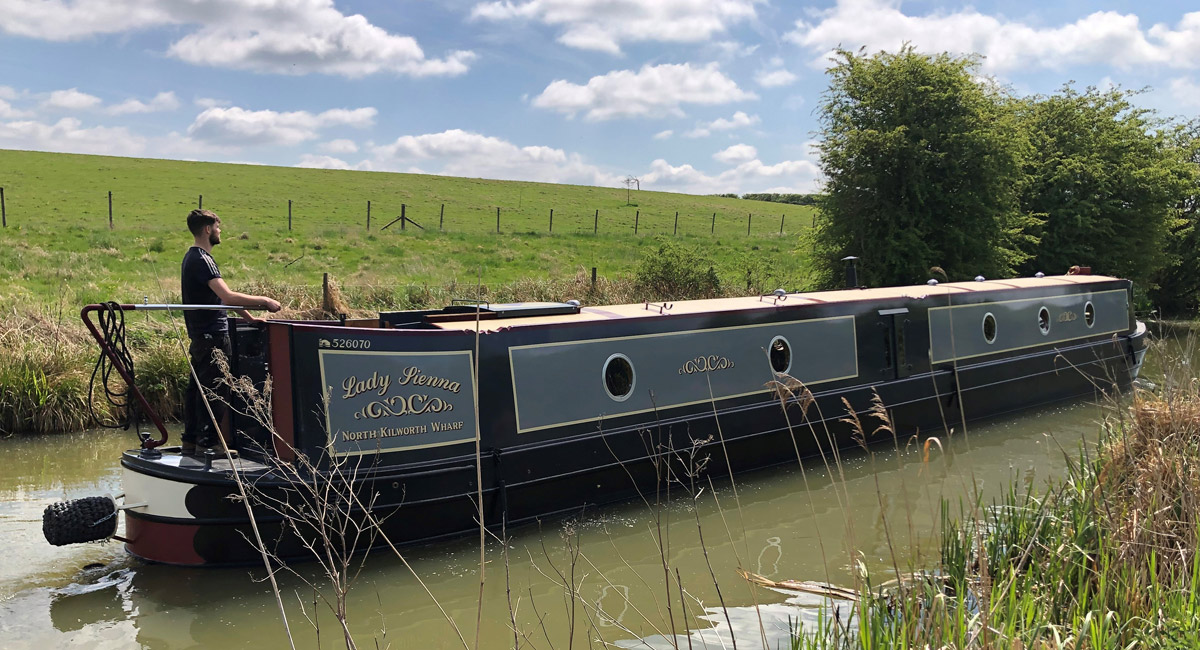 There has been a wharf at this site for over 200 years, the dog kennels at the entrance to the site used to be the Union Anchor Inn Public House, where bargemen travelling the section and bringing lime from the Welford Arm and coal from the northern fields would stop after a long days cruising to quench their thirst.

The Husbands Bosworth tunnel pierces the land 20mins towards Foxton and was constructed in 1813.

Foxton Locks should not be missed and if time permits, a visit to the fascinating museum and remains of the inclined plain – a truly remarkable feat of Victorian engineering – should be seen to be believed. There are 10 locks in the staircase – the tallest example in the UK, which are manned by volunteers should you have any worries about going through on your own (the offer of a cup of tea always goes down well with them)!

Sitting in the middle of such a rural section of canal, we are privileged to have been visited by an Otter family who live just up from the wharf heading towards the Weford Arm who are known to make regular appearances.

We are also lucky to share the canal with Kingfishers, Herons, Owls and many other beautiful wild birds. The wharf is home to ducks and we are lucky enough to have a number of mother ducks who have hatched up to 10 ducklings at a time between April and July annually.

Cruising North or South the surrounding fields are home to sheep, cows and horses and the sweet scent of corn flower and rape seed through the air as Spring becomes Summer.

Tractors plough hypnotizingly straight lines in the fields come the Autumn harvest, and through the winter the morning frosts can be spectacular to look at from the cosy comfort of the saloon as the log burner crackles beside to you.